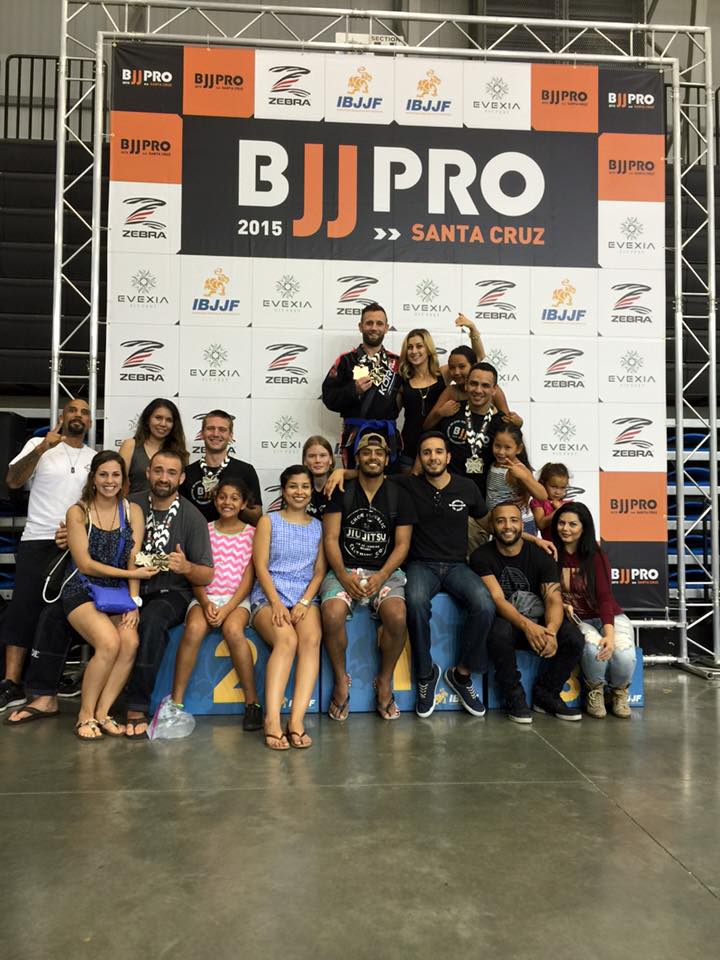 New Classes Added to the Schedule

As we get ready to head into the final quarter of the year, we are very excited to announce we are opening two new time slots for classes.  Starting Thursday, September 24th we are adding a class time to Tuesdays and Thursdays during the lunch hour.  The classes will be from 11:00 am to 12:30 pm.  We encourage everyone who can make the lunch hour training to participate, as it is a perfect time to break up your day and feel refreshed to get back to work.

In addition, our competition team has been continuing to succeed.  We sent a small group to the Santa Cruz Pro tournament and had great results.  In addition, two of our members had fantastic outings in mixed martial arts competition.  Read below for the results.

On Saturday, August 16th Yemaso BJJ white belt, Jerry Hickman had a mixed martial arts fight which resulted in a win for Jerry.  Jerry displayed great skills and effective grappling on his way to finishing his fight by TKO.

Jerry Hickman went ALL IN and showed what he’s got, good shit.

Greg Fiel – Fight of the Night

Yemaso BJJ white belt, Greg Fiel had a mixed martial arts fight on Saturday, September 12th which came to a decision of a draw.  Greg has shown vast improvements and even earned fight of the night honors for his efforts in his fight.  Way to go, Greg!